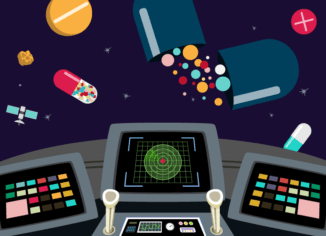 Medical technology over the past few decades has accelerated at an unprecedented rate. From improved diagnostics to accelerations in surgery, there is plenty that has moved quickly in the medical community. However, some areas are accelerating faster than others and clinical trials is an area that has slightly stayed behind the curve.

Given the current situation with COVID-19 now is certainly not the time to be introducing new technologies to a process that has been absolutely crucial to the potential end of the pandemic. But as we slowly edge towards normality what is in the future of clinical trials?

In this article, we will cover not only the potential impact the last year has had on clinical trials moving forwards but also what technology may be utilised to refine the process of drug development even further.

Perhaps unsurprisingly the key factor in clinical trials is its test subjects. Almost without exception, the overall process of testing a new treatment is the same across the world. Regulations themselves can vary, in particular with regards to the evidence required to be provided to the regulatory body both to start the trial and move a successful treatment into production.

When it comes to the test subjects themselves there are steps taken to protect both them and the agency running the trial, namely with the correct clinical trials insurance. That being said there is a naturally inherent risk for those taking part. While death as a result of participation is exceedingly rare, thanks to the approval process required to begin administering the treatment, side effects can occur.

While the requirement of some level of human testing will likely always remain in clinical trials for the future, there is a chance that developing technologies could be improved to reduce the need to expose people to the risks. This would not only make clinical trials even safer but also likely reduce the time that a trial takes, something that has certainly become necessary in the past year.

One area of technology that has brought numerous sectors forward rapidly is the use of simulations. While industries such as manufacturing and aerospace engineering readily embrace the possibilities and benefits of such systems, the same cannot be said for medical research.

That being said now there are some pioneering steps taken by medical companies to take advantage of the benefits AI simulations can give. This can mean the creation of simulated environments based on regions of the body that can serve as testing grounds for treatment. This may seem like science fiction but is already in use today.

Much more than a simple 3D model, The Living Heart Project is an experiment to study the uses of realistic simulations of the human heart in medicine. Currently, in a 5-year test in the US with various medical businesses, it was designed by Dassault Systèmes with the longer-term idea to apply this model to multiple aspects of the medical process. Everything from teaching, diagnosis and clinical trials could be made easier with this system.

Once finalised the project could allow for patients suffering heart problems to be scanned and interactive models of their hearts created allowing for improved treatments. In addition, models could be utilised in the medical reserach community to test the reaction of treatments in what is essentially a live test environment.

When will this sort of technology really take hold on the medical community? It will likely be a considerable amount of time before we see a full adoption, not only because of the scale of such changes but also the skill set of current medical practitioners.

Industries currently embracing simulation have a longer history of using pioneering technology, and as such have teams that are more comfortable using it. The medical community is only just starting to pass through experts that have this level of training and familiarity to really use this technology correctly.

As for when this will truly implement into clinical trials, that in itself is a challenging question to answer with it likely a case of decades not years to see full adoption. That being said it’s is highly likely in our life that we will take a medicine that has largely been developed using simulations instead of extensive human trials.